The bunad is both the traditional folk costume (folkedrakt) of Norway and the general term for rural Norwegian clothing. It literally means “equipment for household”.

Most Norwegians have a bunad in their closet which is commonly worn on the Syttende Mai celebrations (Norway’s national day), at official events, as evening attire and when getting married. Wearing a bunad is a form of expressing respect for and pride in one’s home region, traditions, folk history and nationality.

A revival in the 20th century led to modern versions of the bunad being created. The revival also led to costumes being classified by region: which bunad you wear depends on the region in which you were born or come from. However, it’s also possible to wear a bunad from the region your heart most bonds with.

This connecting of one’s traditional dress to a regional area, is similar to the tradition behind the Scottish kilt. It’s only in modern times that the kilt’s tartan pattern has been associated with a family or clan. The word “to kilt” (lift your skirts up) from which the Scottish kilt gets its name, is of Scandinavian origin. Tartan patterns also feature on Norwegian bunader. 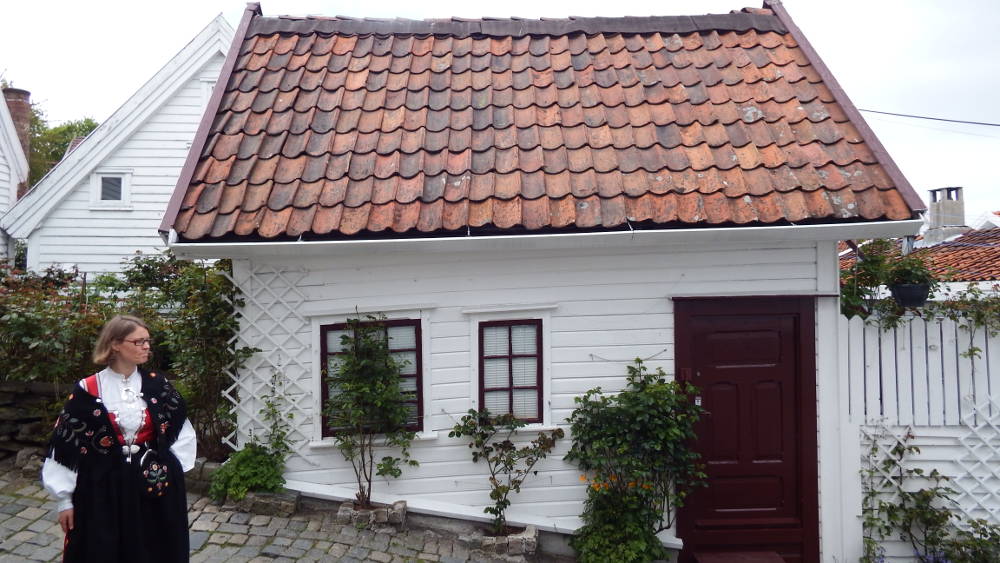 To illustrate how the style of bunad relates back to a region, let’s take Hildegunn and her mother’s bunader as examples. Hildegunn was born in Sandnes and wears the traditional costume from Rogaland. Her bunad is called the Frafjord bunad. 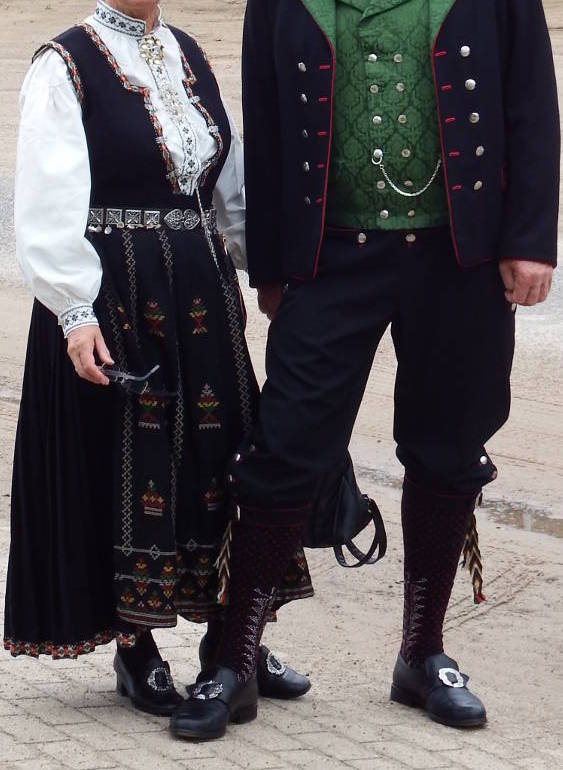 It’s not really clear which bunad is most original, but it’s often said that the Hardanger bunad may be the one. Within Hardangerfjord though, there are differences from place to place (from Ulvik to Utne, etc).

As a traditional bunad is handmade, it costs quite a bit of money (paying 30,000 Kroner is not uncommon). When travelling, most people either wear their bunad or get it insured (in case of theft or damage). The bunad is really an exclusive work of art, which follows strict guidelines concerning embroidery, stitching, jewellery and natural materials. Norwegians take pride in wearing their bunad, and like their German-speaking cousins, the bunad and tracht can be worn both in daily life and on special occasions.

The revival of the bunad was orchestrated by Hulda Garborg, the wife of well-known Rogaland writer, Arne Garborg. They lived just outside Sandnes and their museum can be visited today.